First, my apologies yet again for the breakdown of the Discussion Forum. This application seems to get tired after it has accepted about 60 messages and just refuses to work. So I have to archive the old messages and start it anew.

The old messages are not lost; but you can only access them by using a keyword search of the message archive, which is one of the utilities in the Discussion Forum page.

To make ATARN more user-friendly to newcomers, I have set up a contents guide. The idea is to set out some main categories that people might be interested in and then list the titles of pages that have appropriate contents. But beware! I have not listed everything on the Contents Guide. If you want to be sure that you can see all passing mentions of items (including in Discussion Forum correspondence), you should still do a keyword search of ATARN. Remember, some of the best coverage of certain items is to be found in the discussion forum.

As a feature for this month, I thought I would show some pictures of Mongol/Khitan/Turkik bows from the first 300 years of the last millennium. That is, the bows that were current in the northern part of what is now China in the period from about 1000 - 1350 of the Common Era.

Last year, I showed a photograph of a bronze, model Liao bow. 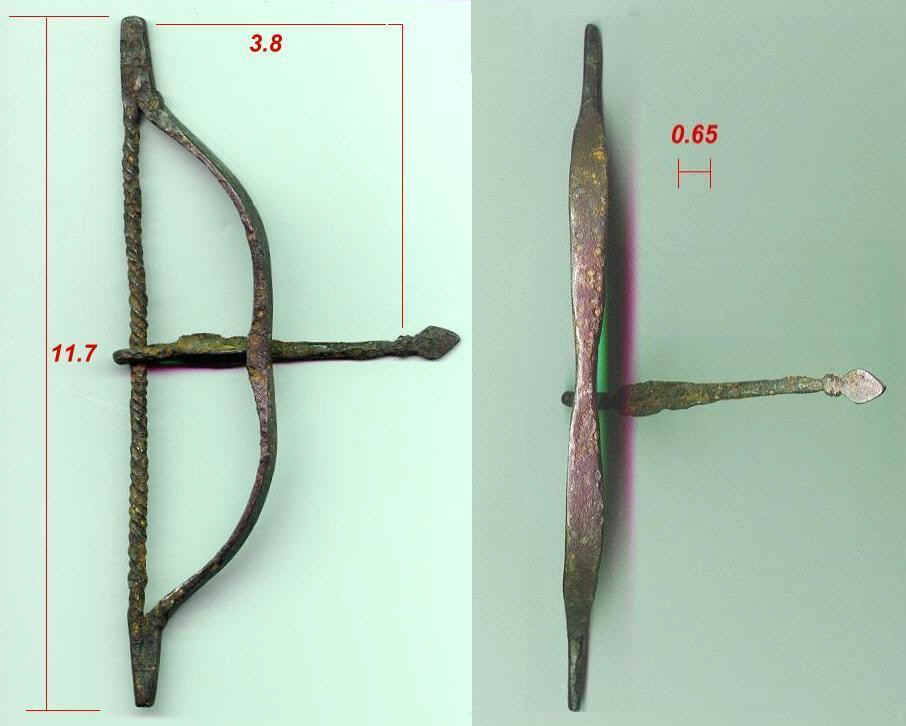 This little model represents a bow that seems to have been coming into vogue in the Liao-Jin period, around 1000 CE. But this design may have been supplanting another popular design that is depicted quite consistently in artwork dating between the start of the Tang Dynasty and the end of the Song. It may even have had its antecedents in the Niya bows. The distinctive feature of the design was a relatively short working limb with very long, massive siyahs. 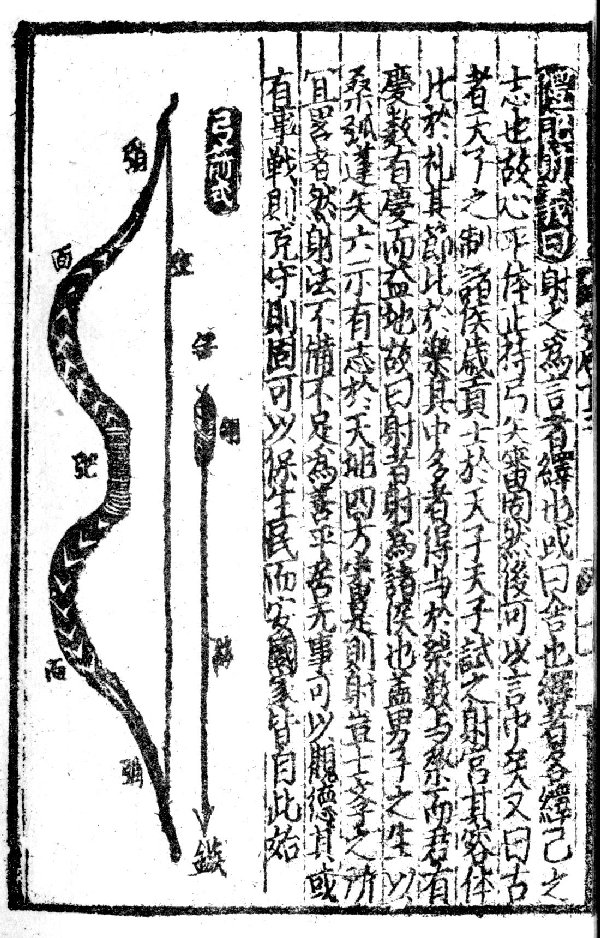 In the image on the left, from the Song Dynasty 'Guided Tour Through the Forrest of Facts' (Shi Lin Guang Ji) by Chen Yuanliang, you get an idea of the main elements of the design. This reproduction is from a Yuan edition dated around 1330.

Another notable feature of the design is the depth of set-back of the grip, but with a very straight section at the grip itself. The siyahs are very long, starting from where the V-shaped patterning on the woodblock print (perhaps representing birch bark) stops. These bows required no string bridges and are reminiscent of the reconstruction of the Avar bow done by Fabian Gyula.

In fact, if you go back to my reconstruction of the Niya bow (almost 1,000 years earlier), the resemblance is rather striking. 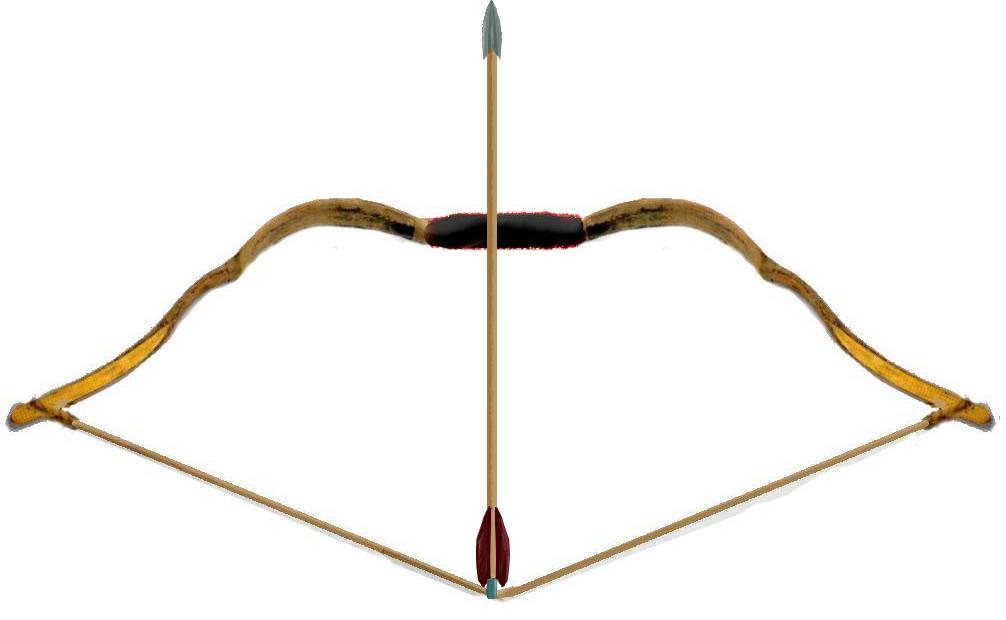 We can see this design in the following images. 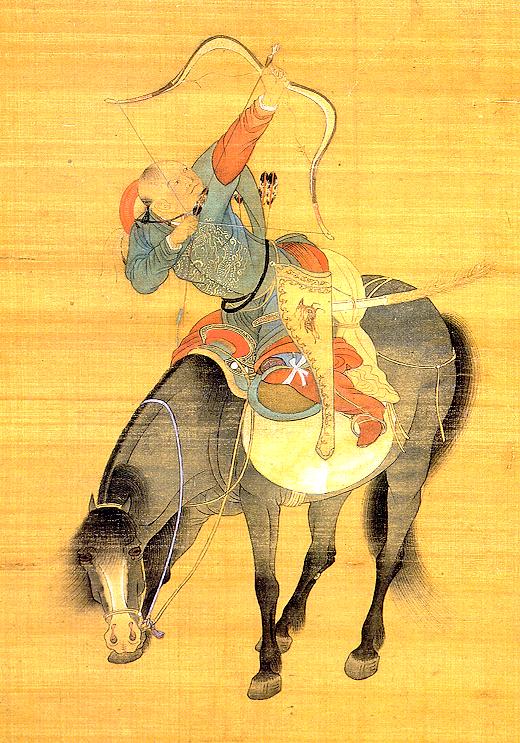 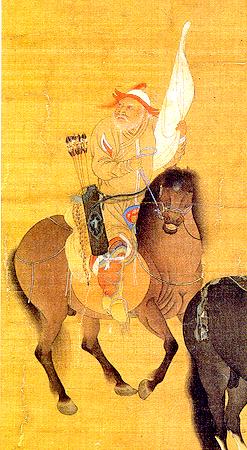 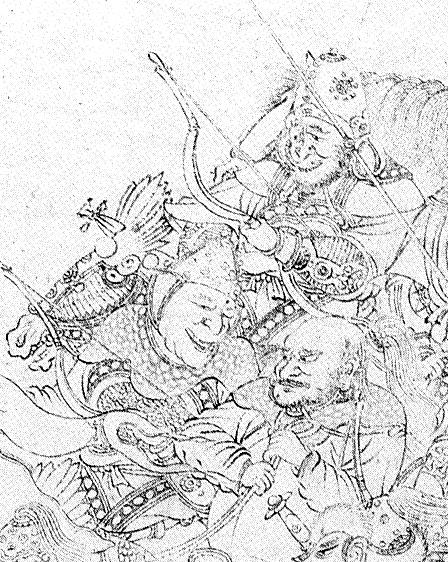 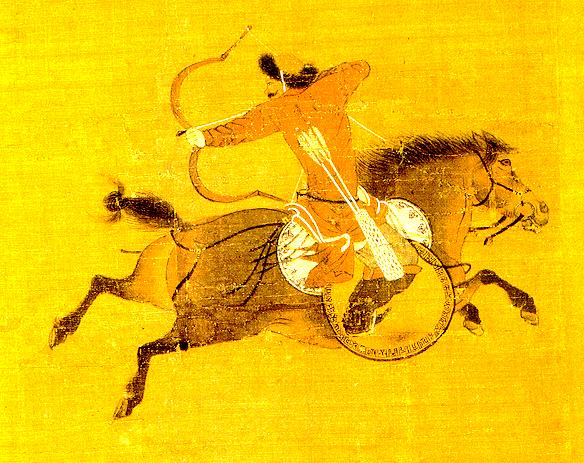 From the preceding images, we can gather that the short, working part of the limb was quite massive and probably broad. The image of part of Liu Guandao's painting, with the servant of Khublai Khan preparing to shoot into the air, has one other strange feature: a fine thread running from the upper to the lower limb inside the string. When he releases, that thread is going to snap taut and the archer is either going to get a nasty cut across his palm, or else the bow will jump forward out of his grip. Anyway, that's his problem, not mine.

Next week, I'll be in Peking. I am bringing back two more Tibetan bows from Gansu. These are Tibetan 'Northern' bows of horn/sinew construction. I hope to illustrate them in my next letter. But it would also be interesting to feature the bamboo bows of the Tibetan South-east tradition. Has anyone got a good photo of such a bow I can show?